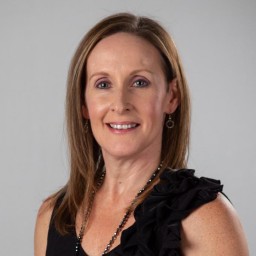 The day my son died, I fed him his early morning feeding at 5:30am and he went back to sleep. 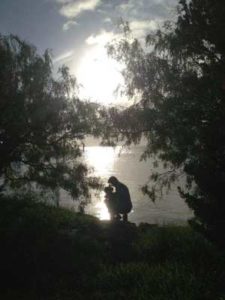 I was transitioning back to full-time at work so I had to wake him up at 7:30am and “top him off” before leaving to go to the sitter’s house.

Since he had eaten at 5:30am he wasn’t really all that hungry so he nursed a little but then leaned away and looked up at me. I said, “Are you all through?” and he gave me a big bright smile 😊 I said, “You just want to play don’t you?” And he smiled and said, “Oooh.” I put him in the boppy facing me and we just talked.

I told him the story of the 3 Little Pigs. He loved that story, especially the part where the big bad wolf said, “Little pigs, little pigs come out!” And then the little pigs said “Nooooooooohhh, we’re not gonna come out.”

But alas I had to get going or I wasn’t going to make it to work until noon😳 I put him in the bouncy seat and got dressed.

By the time I got to the sitter’s house, he was sleepy from riding in the car. I remember waiting at the door after ringing the doorbell and looking at him in his car seat. He was drowsy and trying not to fall asleep. He was wearing a pale yellow onesy with a beach scene printed on the chest … sand and a striped umbrella, a palm tree and a beach ball. I didn’t put shorts or pants on him that day. Just white socks.

I didn’t take him out of his car seat before leaving the sitter’s house. I could see he might fall asleep if I didn’t disturb him. Later, I wished I had taken him out, held him one last time, told him I loved him. Most of all, I wondered if things would have been different if I had gotten him out of the car seat and made him want to be awake and play a while rather than go down for a nap and never wake up again.

I also wondered if he might have lived if I had not put socks on his feet. It was early June. It was probably too hot for socks. Overheating (I learned after the fact) is a factor in Sudden Infant Death Syndrome. Why on earth did I put socks on him??? Another one of the endless Why’s and What if’s.

I learned from reading about infant/child loss that all parents feel guilty about their child’s death. The guilt is natural because we think we “should” have known something was wrong or we should have done something differently … it was our job to take care of our child and we didn’t do it. Thus no matter the circumstances, we feel guilty.

I also learned 98% of the time, the parent of course, had no way of knowing anything was amiss nor the ability to change their behavior in any way that would alter the outcome.

And in the 2% of cases where the parent maybe did do something that may have been a factor, in 99.9% of those cases, the parent was not AWARE of doing harm nor doing anything INTENTIONALLY to cause harm. They may have been uneducated or under-informed on certain topic (as I was about SIDS) but they did not do anything on purpose to cause harm. And therefore the guilt is unfounded.

Even though I intellectually know I did not cause Jackson’s death or do anything wrong per se, I regret the socks to this day. What I feel isn’t guilt, but it’s not 100% acceptance either.

The mantra I have chosen is, “I did the best I could with the information and resources I had at the time.” I found this mantra very helpful any time the guilt would try to creep back in.

I hope you will embrace this concept so you can let go of any guilt you may be grappling with or holding on to. You did not do anything to intentionally hurt your child and you could not have done anything differently to prevent what happened. You did the best you could with the information and resources you had. And a crystal ball wasn’t one of them.